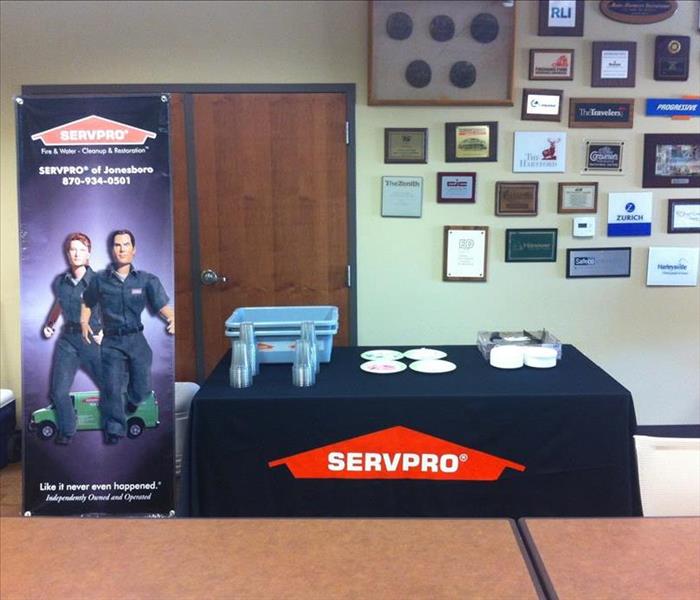 As a member of the Arkansas Adjuster Association in Little Rock, AR often times they need lunch sponsors. SERVPRO of Jonesboro, SERVPRO of Central Little Rock/Cammack Village & SERVPRO of NW Little Rock was lunch sponsors yesterday, 11/20/13. We were able to provide not only lunch but goodie bags with various items for the group of approximately 52 members and guest. It was a great honor for Shelly Lerew, SERVPRO of NW Little Rock to be nominated by the members for 2nd Vice President. Shelly was also given an opportunity to speak to the group about SERVPRO as a whole. The enjoyment from an event like this is the promotion of SERVPRO within Arkansas and not just one single franchise. Eddie Wofford, SMR, SERVPRO of Jonesboro represented our office in a SERVPRO Hero fashion. I would like to thank the other two SERVPRO offices for the willingness to join with us during this time.